Why user adoption is so important to company success

Every software project starts out with great expectations. Besides waving goodbye to the old system and reducing costs, the goal is to improve processes, boost sales growth and enhance customer success. In actual fact, however, there is rarely a happy ending. The majority of implementation projects fail because the people in charge underestimate one of the most important success factors – user adoption.
6 min

Haribo, Lidl, Otto, Deutsche Bank and BER – the list of IT projects that have suffered major mishaps in Germany is a long one. And these are just the famous tip of a big iceberg. You can look at any survey conducted in recent years and they will all tell you the same thing – only a shockingly low proportion of new system rollouts are completed successfully.

It would seem that every second PLM project fails in its initial phase. The figures for introducing ERP solutions are even worse – according to a Gartner study, an incredible 75 percent of these projects go wrong. Many reasons for this are cited, including the budget and schedule getting completely out of hand without achieving the goals, inadequate change control, or business performance going downhill so rapidly that the ripcord has to be pulled to stop the rot.

There’s no disputing that every implementation project brings a certain amount of inherent risk, be it for CRM, PLM, ERP or a core banking system. There are stumbling blocks, trapdoors and pitfalls at every turn, and there seems to be a never-ending litany of unanticipated questions that nobody had on their list of priorities and nobody has an answer to – over and over again, like Groundhog Day. Defined metrics and goals disappear, and new ones start clamoring for attention. As soon as you turn your attention to one burning issue, two more spring up behind you. On the other hand, this is not unusual. After all, everyone involved expects performance to dip shortly before and after the launch of a new system, if not earlier. All the same, you can’t help asking yourself whether there might be a strategy to successfully overcome or even avoid the expected drop.

Unfortunately, there is no one-size-fits-all strategy to this issue. Every company is unique in the way digital projects are managed successfully or fall flat. In some, attempts to roll out a software program fail because of insufficient planning and a lack of leeway in the budget or schedule. In others, it is due to a creeping loss of control through excessive customization, escalating demands and overloaded teams – the dreaded “scope creep”. Of course, there are also plenty of cases where the technology is at fault – a bug, an unresolvable interface problem, improper data cleansing during the integration of IT silos or the new tool proves to be an utterly terrible idea.

By a long way, however, it is something else entirely that causes such endeavors to fail – according to a recent guideline from Deloitte on introducing ERP software, five of the ten greatest obstacles can be directly linked to poor change management or a lack of user adoption. The consequences of these failures range from a lack of support on the part of the specialist departments involved, staff, and user groups all the way to an outright boycott. What is particularly fatal in this context is that – on the whole – dismissive behavior with regard to product adoption can generally not be turned around even when everything runs smoothly from a technical point of view. In such cases, you might say the operation was a success, but the patient is still dead.

Establish a strategy and measure user adoption as early as possible

No IT project can be successful if the employees affected and future users in particular fail to accept the change and refuse to adopt the new technology. After all, even the best solution cannot unfold its full potential if it is only used with a degree of unwillingness among the new users in the company, some of its functions are never taken advantage of, or operating errors turn the dream of a “single source of truth” into a nightmare shortly after the go-live. 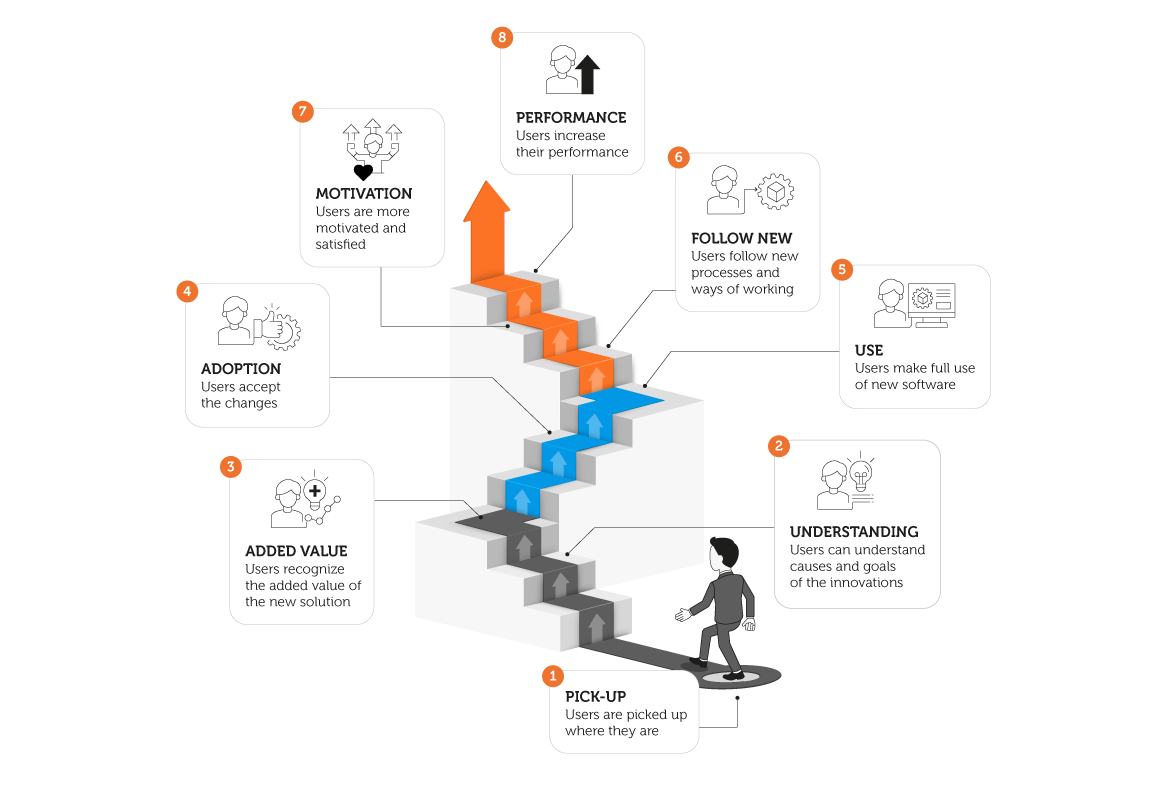 User Adoption: The Key to Successful Implementation of New Technologies

One of the most frequent reasons for a new technology not meeting the expected level of acceptance is that managers made the decision without consulting the intended users. In all this, it is essential to implement a strategy that involves all internal stakeholders in the change at the earliest possible stage in the user adoption program.

User adoption is key in this, for several reasons. 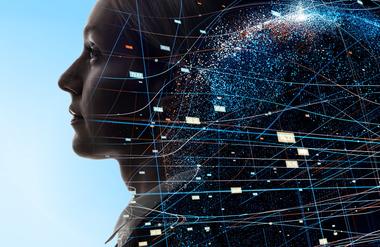 However, making sure staff adopt new features and applications requires far more than a team meeting followed by initial user onboarding. If companies are keen to facilitate end-user adoption, they need to implement a solid adoption strategy with a communication plan and initiate an ongoing process that involves staff and secures user buy-in long before the go-live.

Alongside regular communication and information, everything hinges on systematic skills development. User adoption strategies are based on a training concept that offers continuous support at every phase – that is to say before, during and after the go-live. This is important! After all, successfully launching a new piece of technology depends on more than preparatory training and workshops, since by the time the users ultimately come to work with it, they will have forgotten a large part of what they learned in the training courses. To ensure they are able to use the system independently and skillfully once it is up and running, users also need support in the digital workplace, for example in the form of digital adoption solutions that deal with any gaps in knowledge precisely in their moment of need while they are working with the software.

Benefits of an ERP system. User adoption is the key to any successful ERP operation.

Compared to the technical aspects of a system rollout, user adoption is considered more of a “soft” goal. While this may explain why it is rarely to be found among companies’ top ten priorities and is still undervalued, it doesn’t change the falseness of this assessment. However important a successful launch may be, it is never anything more than one milestone of many on the way to the ultimate goal. Of course, this ultimate goal involves putting a predefined user adoption strategy into action with the help of new software. It’s all about concrete key performance indicators whose level is greatly dependent on the strength or otherwise of user acceptance. In the end, it is “soft” user adoption that creates hard facts.

This quickly becomes clear if you look at the contribution it makes to actually achieving the key goals associated with the rollout of a new ERP system in the context of warehouse management.

Even this use case alone, which applies to other solutions such as CRM and PLM applications or core database systems in similar ways, shows that user adoption is more than simply a “nice-to-have” that can be dropped if time or budget limitations require. It has the potential to tip the scales when it comes to the success or otherwise of rolling out and operating systems, and is an investment that pays off in the truest sense of the word.

Related articles
Inspiration
Digitalization and HR – a dream team
HR is in turmoil. Digitalization is revolutionizing the world of work. Experience how HR is changing and the role HR departments will take on in their companies in the future.
4 min
Inspiration
The challenge of VUCA environments
Since the financial crisis, if not earlier, the term “VUCA” has been cropping up more and more in management literature to describe the challenges of digitalization.
2 min
Inspiration
Digital performance support: The burning issue
In the digital age, performance support is more important than ever. What do employees expect today and what makes a modern learning concept?
3 min