Although it can boost employee engagement and productivity, very few companies have taken advantage of what job rotation has to offer. That could soon change, however. After all, the benefits outweigh the risks – particularly because a good learning management system can help reduce outlay on organization, onboarding and learning to a minimum.
7 min

The lack of job satisfaction felt by many employees is a widespread phenomenon that is weakening both individual companies and the economy as a whole. According to Gallup’s latest engagement index, a third of the more than 40 million people in gainful employment in Germany are unhappy and have already quit their job in their head. Experts estimate that the resulting economic damage totals between 96 and 114 billion euros. The effects of ‘boreout syndrome’ are even more disastrous. Around 10 percent of Germany’s working population claims to suffer from boredom on the job, with the subsequent costs thought to exceed 200 billion euros.

What is Job rotation?

As the name suggests, this is where employees alternate between different job positions within their company for set periods of time. This change of workplace and responsibilities can diversify a person’s day-to-day routine and make it more interesting.

A tried-and-tested means of combating boredom at work is variation – and that’s exactly what job rotation, among other things, provides. As the name suggests, this is where employees alternate between different job positions within their company for set periods of time. This change of workplace and responsibilities can diversify a person’s day-to-day routine and make it more interesting.

The principle of job rotation was first described back in 1951 by British social psychologist Eric Lansdown Trist. There is still no standard definition of the term, however. Many online definitions of job rotation talk about the practice of employees systematically changing workplace and/or task. The key word here is “systematically”, with two crucial aspects being that the concept of job rotation should be thoroughly planned and employees properly prepared.

How HR managers set out the finer details depends on the type of work and tasks involved. Where monotonous, physically demanding activities are concerned, job enlargement is a sensible option. In this form of job rotation, staff are assigned additional duties linked to the jobs they would usually do. The defining feature of this particular model is frequent rotations, which are intended to reduce the strain on employees and stop monotony from setting in. If the main objective is to delve deeper into more mentally challenging areas of work, then job enrichment is a good option. This is where staff take on assignments involving even greater responsibility. In this case, it makes sense to allow for longer periods between job changes. Whether it’s job enlargement or job enrichment, all forms of job rotation offer human resource management (HRM) the opportunity to upgrade employees’ jobs and responsibilities – in such a way that the individual is not merely seen as a production factor, but as a human being.

What is Job rotation?

As the name suggests, this is where employees alternate between different job positions within their company for set periods of time. This change of workplace and responsibilities can diversify a person’s day-to-day routine and make it more interesting.

That’s because one of the goals of job rotation is to support employees’ personal development. They are involved in business processes from start to finish, enhance their understanding of internal workflows, find it easier to identify with the company, and feel more like a member of the team. This enhances the appeal of the workplace, job satisfaction and thus productivity in general.In truth, job rotation therefore serves the interests of both employers and employees. Yet although more than two thirds of employees are keen to regularly rotate between jobs, a Bitkom survey from 2019 on the topic of New Work revealed that the reality in the free economy is entirely different. To date, only a handful of German companies offer a model for systematically switching between jobs. Moreover, those that do often only focus on interns, trainees and career starters.

Where does this cautious and sometimes even dismissive attitude come from? Is the situation the same in all countries? A quick comparison shows that different cultures have their own take on job rotation. In Japan, for example, the principle of rotation is considered the key to staff development. Since the 1950s, this method has served as the basis for lean production operations. New recruits pass through various workstations along a production process, meaning they get to know how everything functions and become well-rounded generalists who can be flexibly deployed.

Western companies organize work in an entirely different manner, breaking up jobs and encouraging staff to specialize in certain areas or skills. This concept is increasingly being called into question, however. A growing number of managers are recognizing the potential of job rotation and its important role in making companies more appealing to the workers of tomorrow. At a time when skilled professionals are in such short supply, this is absolutely vital – not least because the younger generation has entirely different desires and expectations.

Job rotation offers huge opportunities – for both employees and the companies themselves.

Opportunities for the staff

Opportunities for the company

Despite all the benefits it offers, there are still limits and potential disadvantages to job rotation, just as there are to any method. Highly specialized tasks and technical departments that require experienced personnel can pose certain issues, for example. That is why it is crucial to first conduct a review, then plan and only then implement a job rotation program. Taking shortcuts will likely bring about the following disadvantages:

Potential disadvantages for the employee

Potential disadvantages for the employer 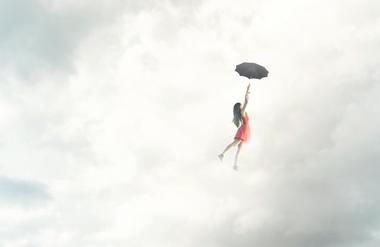 The less upfront effort is put into planning and organization, the less open staff will be to any proposed job rotation programs. That is why it is important to make them aware of the benefits in advance, support them during initial training for new assignments, and keep the organizational outlay involved in managing a job rotation as low as possible for HR managers right from the get-go. Software solutions such as SAP SuccessFactors Succession & Development and SAP SuccessFactors Learning provide managers with valuable help when it comes to organizing and implementing job rotation programs.

These solutions also help pick out individuals with the right talents for the job, make development prospects transparent and make it possible to plan, document and measure development goals. Mentoring programs, which need to be organized in a clear manner, are another key element. They make for an effective and swift induction process by bringing together mentor and mentee and ensuring the mentee benefits from the best possible support and quickly finds their feet in their new role.

With SuccessFactors Learning, staff can also access accompanying training materials at any time and quickly gain confidence as a result of this knowledge transfer.

All things considered, it’s safe to say that job rotation pays off as an effective means of preventing boreout. More than anything else, however, this rotation model makes companies appealing to talented individuals and provides a powerful tool for retaining staff.

Related articles
Inspiration
A career for everybody? Talent management at a crossroads
Exclusive and inclusive talent management systems each have their pros and cons. They have a major impact on how attractive a company is as an employer.
5 min
Inspiration
HR and the cloud – seeking the right balance
HR departments are increasingly moving into the cloud. If the desired added value is to materialize, companies need to answer three key questions.
4 min
Inspiration
SAP SuccessFactors – employee experience (EX) in the cloud
Personnel management that also functions efficiently when a large proportion of employees work in a home office. This is exactly what the cloud-based HXM solution SuccessFactors promises. But what is it actually?
11 min